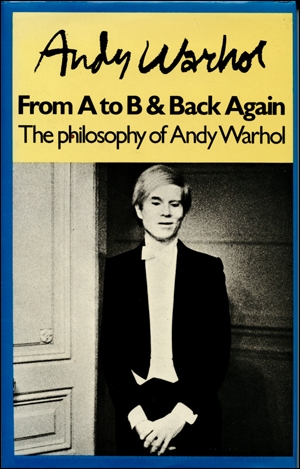 The Philosophy of Andy Warhol

Now that 15 minutes of fame is just a tweet away, when reality TV documents even the most banal of existences, at a time when self-obsession doesn’t need a Factory, fame or fragility to make it thrive – remember Andy.

He was, of course, a ground- breaking, brilliant artist and people who say, “anyone could have thought of that” when faced with his work should be reminded that they didn’t. That he was so amazing in so many fields is beyond question – his films, books and art left a legacy that will never be equalled – but it’s his philosophy that fascinates as we hurtle into a new age.

The clip of an earnest Barbara Rose asking him ‘what do you think of Jasper Johns?’ and Warhol deadpanning “oh I think he’s great’. ‘Why?’ ‘Umm, well he makes such great lunches’ is a classic that could teach many fledging pop stars more about how to deal with interviews than a month at media training boot camp.

If you need a crash course in Warhol start with the classic ‘autobiography’ “From A To B & Back Again”, published in 1975 and still as good a philosophy for modern living as you can get. When someone told Warhol they loved his latest book his answer was priceless – “oh I haven’t read it”.