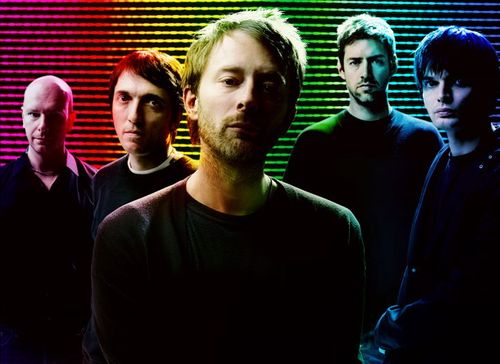 THE GROUP WILL PLAY 3 UK DATES IN OCTOBER.
TICKETS GO ON GENERAL SALE THIS FRIDAY MARCH 9 AT 9AM, WITH SPECIAL MEASURES IN PLACE TO COMBAT SECONDARY TICKETING.
Radiohead will play three UK dates in October, their first UK dates since 2008.

Tickets for the shows, in Manchester and London, go on general sale at 9am this Friday, March 9 via ticketmaster.co.uk

In an attempt to prevent secondary ticketing for Radiohead shows the group has put a number of measures in place for ticket buyers. These include implementing a paperless ticketing system, limiting the number of tickets per transaction, disallowing name changes after purchase, and requiring photo ID to gain entry to the shows. For more detailed information on these ticket restrictions go to www.radiohead.com/tourdates.

Radiohead are currently on tour in America, playing their first US tour for four years. Rolling Stone wrote of the opening night in Miami last week:

“Radiohead began the opening night of their first US tour in four years with a perfect description of their new state of rhythmic and creative elation; a silvery rushing momentum and exultation that set the pace of virtually everything that followed. Radiohead are one of the greatest touring bands of the modern rock era. They have also been one of the most reluctant. But, in Miami, everything in their drive, shine and delight said they were glad to be back”.