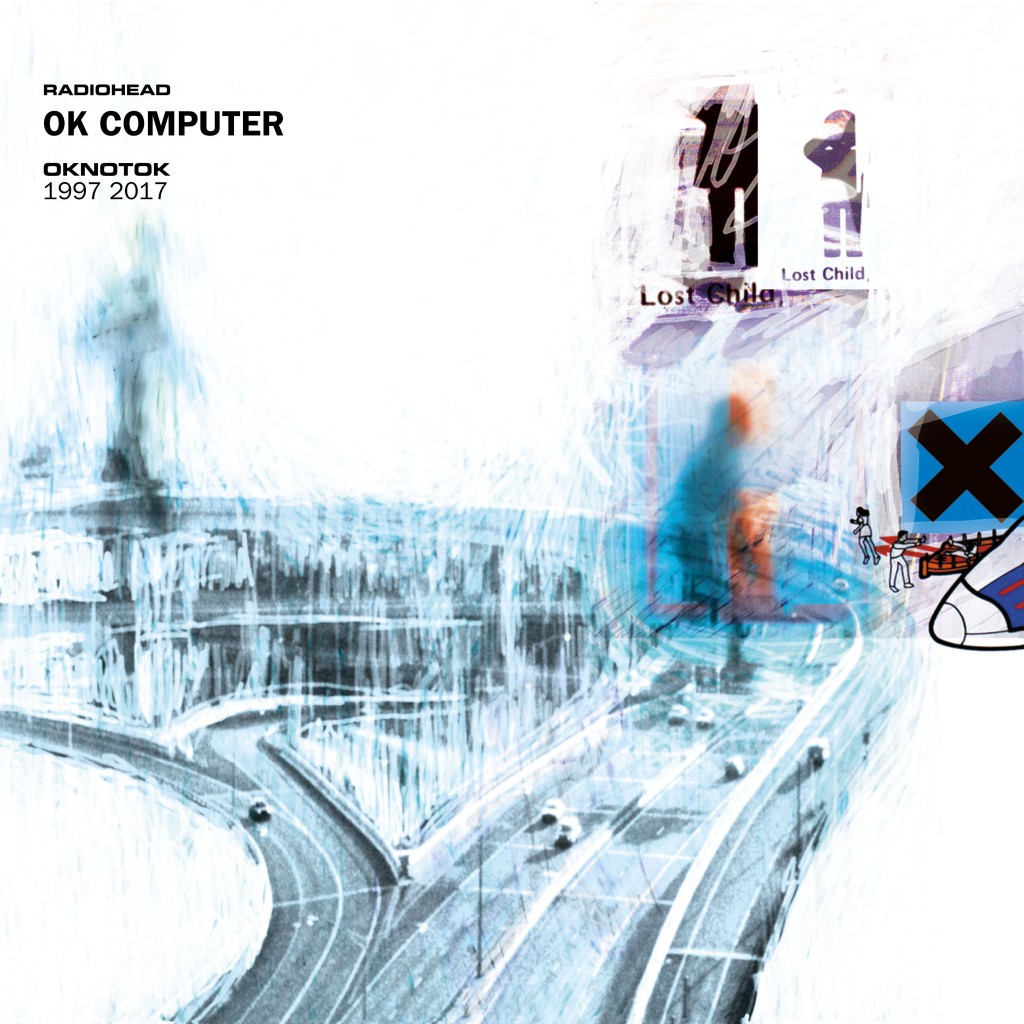 Out on June 23 through XL Recordings

Rescued from defunct formats, prised from dark cupboards and brought to light after two decades in cold storage… OKNOTOK will be issued on June 23rd through XL Recordings, coinciding (roughly) with the original 1997 release date(s) of Radiohead’s landmark third album OK COMPUTER.

All material on OKNOTOK is newly remastered from the original analogue tapes.

The OKNOTOK BOXED EDITION will ship in July, featuring a black box emblazoned with a dark image of a burned copy of OK COMPUTER containing three heavyweight 180 gram black 12″ vinyl records and a hardcover book containing more than thirty artworks (many of which have never been seen before) and full lyrics to all the tracks (except the ones that haven’t really got any lyrics). Under this weighty tome are yet more surprises: a notebook containing 104 pages from Thom Yorke’s library of scrawled notes of the time, a sketchbook containing 48 pages of Donwood and Tchock’s ‘preparatory work’ and a C90 cassette mix tape compiled by the band, taken from OK COMPUTER session archives and demo tapes.

Digital formats, double CD, and triple 180g LP versions of the 23 track album will be released widely on June 23rd.

OK COMPUTER was originally released on various dates ranging from May to July 1997. Produced by the band and Nigel Godrich, the album features the singles  “Paranoid Android,” “Karma Police,” “Lucky” and “No Surprises,” and is widely cited as one of the greatest works of Radiohead’s—or any artist’s—catalogue. OK COMPUTER was the first Radiohead record to reach #1 in the UK and to be nominated for the Album of the Year GRAMMY. In 2015, The National Recording Registry selected OK COMPUTER to be preserved in the Library of Congress as a recording that has proven “culturally, historically, or aesthetically significant.”