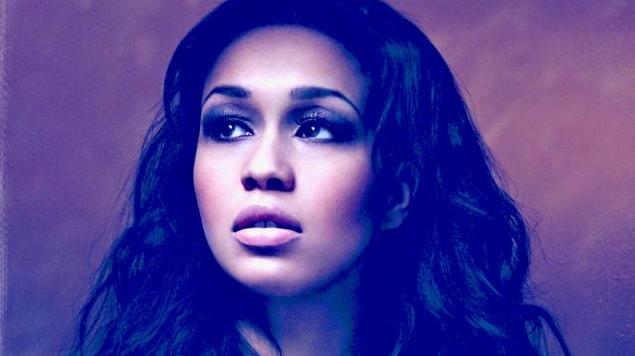 A DELUXE EDITION OF HER 500,000+ SELLING DEBUT ALBUM “HEAVEN” (FEATURING 5 EXCLUSIVE NEW TRACKS INCLUDING HER INCREDIBLE COVER OF DRAKE’S “TAKE CARE”) WILL BE AVAILABLE ON OCTOBER 15.

THE ALBUM ALSO INCLUDES THE NEW SONG “I’LL COUNT THE DAYS”, WHICH IS TAKEN FROM THE FORTHCOMING NEW SERIES OF ITV1’S “DOWNTON ABBEY”.

“Scales the heights of ‘Dusty in Memphis’ ”     The Times

The incredible Rebecca Ferguson returns with a brand new single “Backtrack” on Sony on October 14.

The new song has also been added – along with 4 others, including her amazing cover of Drake’s “Take Care”, “I’ll Count The Days” (taken from the forthcoming new series of “Downton Abbey” and with lyrics written especially for Rebecca by Don Black) plus her cover of Aqualung’s “Strange And Beautiful” – to a deluxe edition of Rebecca’s debut album “Heaven” which was released in December 2011 to an ecstatic response from the public and critics. The album is now close to double platinum status, quickly selling over half a million copies in the UK alone.

Since then Rebecca has seen her music make huge inroads in America where, after a triumphant showcase in New York, she was immediately booked onto NBC’s “Today” show to make her US TV debut. Her album subsequently smashed into the Billboard chart at No 23. Ferguson is currently on a radio tour in the US.

The track-listing of the new version of the album includes the following brand new tracks:

I’LL COUNT THE DAYS (featuring lyrics written by Don Black, to be aired on series 3 of ITV1’s “Downton Abbey”)

“Backtrack” will be released as a single on Oct 14.