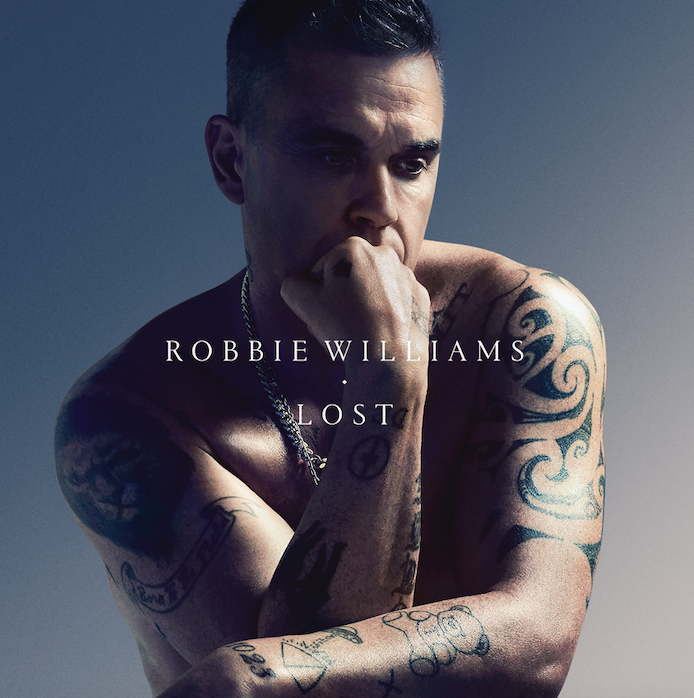 TAKEN FROM HIS UPCOMING ALBUM, ‘XXV’, WHICH CELEBRATES 25 YEARS OF ROBBIE AS A SOLO ARTIST

THE NEW ALBUM, OUT SEPTEMBER 9, FEATURES HIS BIGGEST HITS ALL NEWLY ORCHESTRATED AND RECORDED WITH THE METROPOLE ORKEST

The new song, produced by Guy Chambers and Richard Flack, features poignant lyrics, piano elements and soaring strings which all combine to ensure the single is set to be an instant classic. Robbie says: “‘Lost’ is about the times in my life when I’ve abandoned myself to reckless behaviour.”

‘XXV’, released September 9 on Columbia Records and available to pre-order now, celebrates 25 years of Robbie as a solo artist and features countless Number 1 smash hit singles and fan favourites all newly orchestrated by Jules Buckley, Guy Chambers and Steve Sidwell, and re-recorded with the acclaimed Metropole Orkest in The Netherlands.

The album will be available in CD (standard and deluxe), vinyl and cassette formats. Both the standard and deluxe versions will feature ‘Lost’, while the deluxe album will include three more original tracks – ‘Disco Symphony’, ‘More Than This’ and ‘The World And Her Mother’. Previously released tracks from the record so far include the reworked versions of ‘Angels’, ‘Eternity’ and ‘The Road to Mandalay’ giving fans a taste of what’s to come.

In June, Robbie also announced a new arena tour for later this year with dates across the UK and Ireland. Opening with two nights at London’s The O2, the autumn tour will be a joyous celebration of Robbie’s 25 years as a solo artist and will see him perform shows in Birmingham, Manchester, Glasgow and Dublin. Tickets are available here.

‘XXV’ is another huge milestone in the decorated career of one of the world’s most popular artists. Robbie has six of the Top 100 best-selling albums in British history, has sold a huge 80 million albums worldwide, achieved 14 Number 1 singles and a record 18 BRIT Awards – more than any other artist in music history. His last album, ‘The Christmas Present’, secured Robbie his 13th UK Number 1 album when released in 2019 – equalling Elvis Presley’s chart record as the solo artists with the most UK Number 1 albums. Robbie’s total chart-topping albums across his solo work and with Take That is 17, placing him in the top three acts of all time with the most Number 1s across their catalogue.