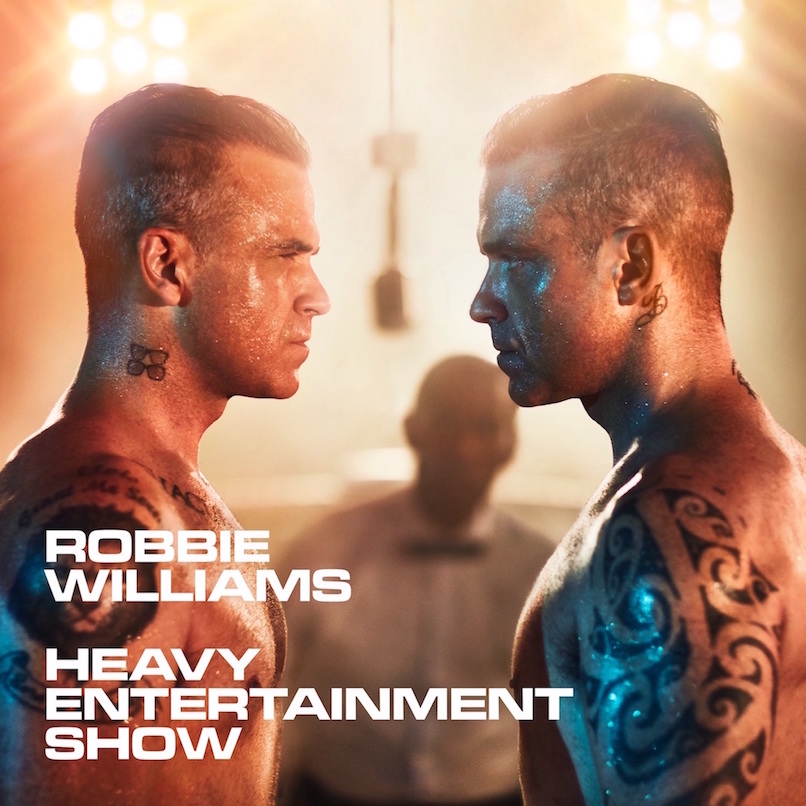 THE TITLE TRACK FROM THE RECORD “HEAVY ENTERTAINMENT SHOW” IS AVAILABLE NOW.

A trailer for the new album was today premiered on ITV during the X Factor ad break. The 40 second clip features the title track from the album, ‘Heavy Entertainment Show’ and is available to stream and download now.

Watch the trailer for the album here: https://www.youtube.com/watch?v=IOUrOmX5ZE4

The album is Robbie’s first to be released through Sony Music and follows a string of 11 UK chart-topping albums, a tally only matched by Elvis Presley. Robbie’s last solo No. 1 album “Swings Both Ways” was also the 1000th album to reach the top of the UK charts.

The track-listing for “Heavy Entertainment Show” is as follows:

A 16 track deluxe version of the album will also be available featuring a DVD of exclusive behind the scenes content, along with the following extra tracks;

I DON’T WANT TO HURT YOU (DUET WITH JOHN GRANT)

Robbie Williams brings his masterful showmanship to London tonight, Sunday, September 25, at The Roundhouse as part of the Apple Music Festival.

Visit robbiewilliams.com for news and updates.