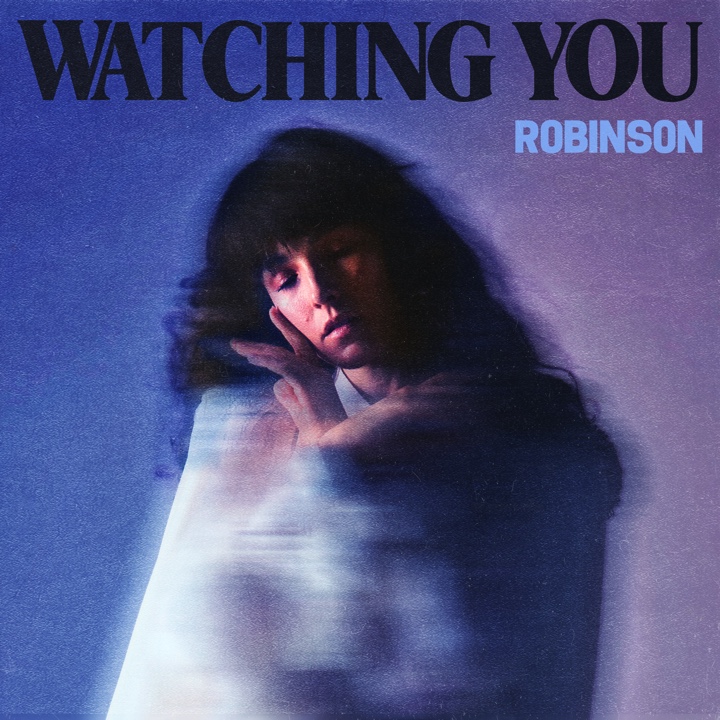 Listen to ‘Watching You’ here:
https://robinson.lnk.to/WatchingYouEP

New Zealand-born pop artist Robinson releases her debut EP ‘Watching You’ today, via Ministry Of Sound Recordings. The dreamy brand of heartbreak pop Robinson is known for resonates throughout the record. ‘Watching You’ was written mostly in London and produced by Sam de Jong. Of the EP, Robinson says:

“All the songs speak of love and heartbreak but I hope it will give people hope and comfort if they are going through the same thing. It means the world to me to have Watching You in the arms of the world.”

Lead single ‘Watching You’ – an emotional and relatable track about watching someone you love move on – was written by Robinson together with Mike Needle and Dan Bryer. The lyric video for ‘Watching You’ is available to watch here. On the meaning behind the single, Robinson says:

“It’s about the absolute discomfort and utter heartbreak that comes with watching the person you’re in love with, be in love with someone else and how confusing and conflicting that is to come to terms with those feelings, and trying to do anything to move past it in order to find happiness again.”

Track-listing for ‘Watching You’:

The EP follows on from Robinson’s previous singles ‘Medicine’, ‘Karma’ and the hugely successful ‘Nothing To Regret’, which currently sits at over 90 million streams on Spotify alone – as well as being certified platinum in New Zealand and double platinum in Australia. Robinson also received two nominations at the 2019 New Zealand Vodafone Music Awards for Breakthrough Artist of the Year and Single of the Year. She was also revealed as one of Vevo DSCVR’s One’s to Watch 2019 as well as one of YouTube’s Artists to Watch 2019.

Last year saw Robinson play some great shows, including a sold-out headline set at London’s Queen Of Hoxton and performance at Brighton’s Great Escape Festival. She also supported some amazing artists on tour such as Hayley Kiyoko, Lany, Dean Lewis and Dermot Kennedy.

On March 11th, Robinson will head on her first ever headline tour in Australia/New Zealand – including a set at Homegrown Music Festival on Saturday 21st.