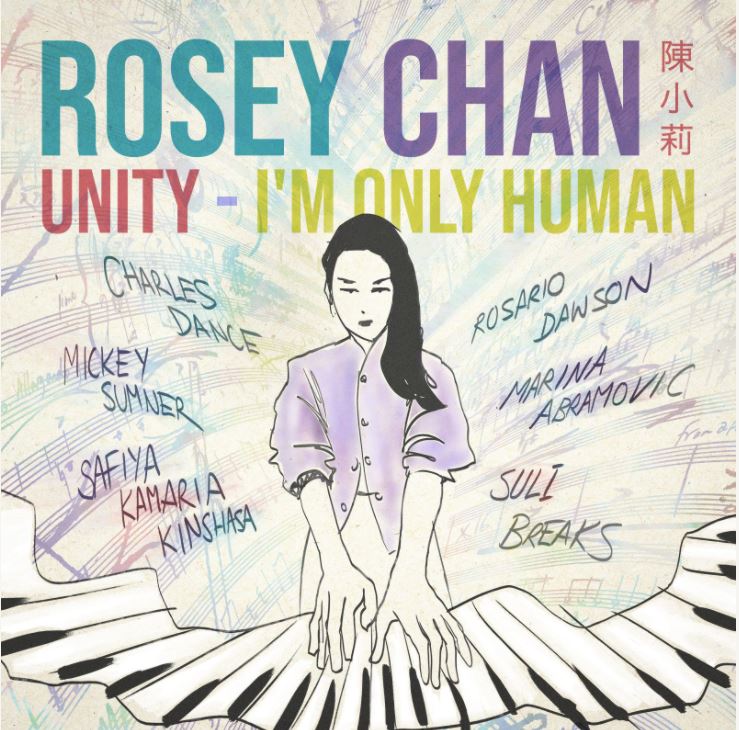 TO BE RELEASED SEPTEMBER 30

Multimedia artist Rosey Chan today announces new album “Unity – I’m Only Human”, to be released on September 30 via Platoon. Blending spoken word with Rosey’s classical and contemporary compositions, her second album of 2021 features an eclectic cast of characters and genres. These include renowned performance artist Marina Abramovic (‘The Traveller and his Shadow’) and urban spoken word poet Suli Breaks (‘I’m Only Human’). Listen to the new single ‘I’m Only Human’ HERE.

Inspired by G.I Gurdjieff’s book, Meetings with Remarkable Men, “Unity – I’m Only Human”, is an artistic archive of Rosey’s collaborative encounters with remarkable women and men who have inspired her. For the album, Rosey invited her collaborators to write original texts or record themselves reading their favourite texts. Other tracks on the EP feature American actress Rosario Dawson, poet Safiya Kamaria Kinshasha, British actress Mickey Sumner and legendary actor Charles Dance.

A true visionary, Rosey began thinking about the album ten years ago, always with a view to creating it in a “borderless world”. Disregarding the constraints of conventional studio production long before COVID-19 necessitated a resourceful and ingenious approach to artistic production, Rosey’s collaborators laid down their voice recordings from all over the globe via mobile phone, voice message and email. The techniques and equipment used to record each track are reflected in the diverse atmospheres and moods in “Unity”.

For example, Marina Abramovic’s vocal track, recorded two years ago during a transatlantic phone call, is filled with static, conjuring up the nostalgia of old-fashioned long-distance telephone calls, a wistfulness reinforced by the accompanying music written by Rosey.

Speaking about the album, Rosey says:

“The concept for this album was always based on asynchronous creativity. Indeed, you could even consider some of the tracks the product of serendipitous, technical accidents. Over the last 18 months, even though it wasn’t my intention, I was already technically prepared to continue with this project and nothing was going to stop me”.

“Unity – I’m Only Human” is a unique, varied and poignant compilation that takes the listener on a journey through the ebb and flow of personal expression – sad and romantic, uplifting and elegiac, not to mention layered with political comment and stream of consciousness. Most all though, Rosey wrote “Unity” to inspire hope and optimism.

The album artwork is a bespoke commission by the renowned artist and DC comic designer Jason Badower.

Rosey Chan is a multimedia artist based in London. Her creative output combines a wide range of practices, from music and design to dance, fashion and architecture. A virtuoso musician, Rosey Chan’s solo concerts incorporate cinematic visuals and cutting edge audio technologies. Her music is an amalgamation of her own compositions, musical improvisations and selected classical repertoire along with electronic and genre-bending sonic influences.

Rosey is a Steinway Artist, classically trained in piano, violin and composition at the Royal College of Music. In 2021, she founded Sonic Lab, a new cultural and research hub bringing together music and science to produce innovative projects in sound, design and art. 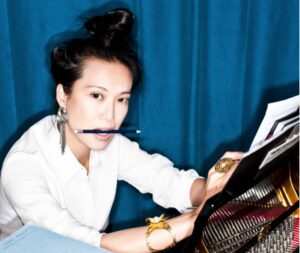 Kylie AND JESSIE WARE REVEAL VIDEO FOR ‘KISS OF LIFE’