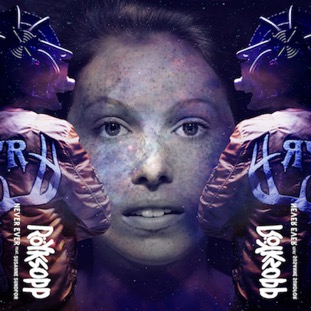 DUO WILL DJ AT LONDON’S BANKSIDE VAULTS ON NOVEMBER 25

The end is still inevitable, but it just hasn’t arrived yet.

Röyksopp have released their brand new single ‘Never Ever’, featuring Susanne Sundfør. The track is available to stream and download now: https://Royksopp.lnk.to/NeverEver

‘Never Ever’ sees the duo team up with critically-acclaimed Norwegian vocalist Susanne Sundfør, who previously collaborated with Röyksopp on ‘The Inevitable End’ tracks ‘Running To The Sea’ and ‘Save Me’. She also performed on their cover of Depeche Mode’s ‘Ice Machine’ for the duo’s ‘Late Night Tales’ compilation album.

New track ‘Never Ever’ is the duo’s first single since they released their final album ‘The Inevitable End’ in 2014. Röyksopp have released 6 full-length studio LPs, all of which were UK Top 40 albums. After the release of ‘The Inevitable End’, the duo then pledged that it would be their final full-length record, thus completing their six album cycle. They also promised they would return with new music in other forms as and when time was right.

The new standalone single ‘Never Ever’ is Röyksopp coming good on that promise with an unabashedly club-ready track influenced by late-period disco and ‘80s electronic pop. In Röyksopp terms it’s closest, probably, to ‘The Girl And The Robot’ from 2009’s ‘Junior’ or ‘Do It Again’ from the 2014 EP of the same name, but really, they’ve not done anything quite like this before.

“The track has its own cosmos and its own place.” says Svein Berge. “The whole idea of us going away from the whole album concept was that we do have many musical expressions that we want to do,” says Torbjørn. “One of them might be a club track, but we don’t necessarily want to do an album of it. It’s that way with ‘Never Ever’ – we love it, but we don’t need 12 tracks like it.”

2016 marks the 15th anniversary of their classic debut ‘Melody AM’, that cemented Röyksopp as one of electronic music’s leading lights. Since then they have gained worldwide acclaim and success with two Grammy nominations, a Brit nomination and winning seven Spellemannprisen Awards. But the duo aren’t planning on looking back just yet. This is the inevitable new beginning.

Röyksopp will be performing a DJ set at London’s Bankside Vaults on Friday 25th November.