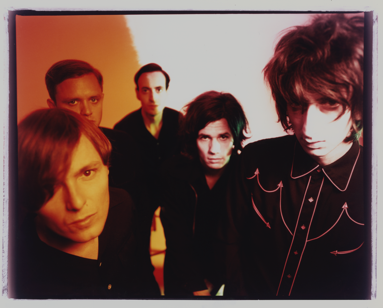 The Horrors release their new single ‘Press Enter To Exit’ today. The track is a playful combination of dub, radiophonics and 60’s pop and is one of the more dreamy, atmospheric songs on their Top Ten album ‘V’.

In their 5 star review of ‘V’, The Guardian described ‘Press Enter To Exit’ as “windswept futurism with sharp hooks”. The album was recorded at The Church in London with producer Paul Epworth (FKA Twigs, Lorde, Adele, Florence and the Machine, Coldplay and U2). The record, released via Wolf Tone/Caroline International, is the sound of a band making the most expansive and progressive music of their careers.

10.  SOMETHING TO REMEMBER ME BY

The Horrors will tour the UK in October, tickets on sale HERE.