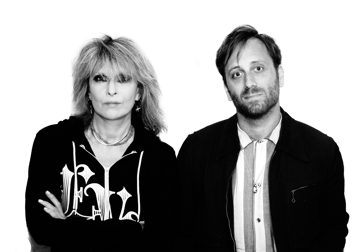 The Pretenders WILL RELEASE NEW SINGLE ‘ALONE’ ON DECEMBER 23RD

“Chrissie Hynde still answers to no one and it’s a glorious sound.” – 4* Q Magazine

The Pretenders will release their brand new single ‘Alone’ on December 23rd. ‘Alone is the title track taken from the band’s brand new album which was released on October 21st through BMG Records. The band played a storming set at Omeara in London to celebrate the launch of the album with the Telegraph describing the show, in their 5* review, as “a set of joyous, guitar-charged new-wave pop-rock that served as a thrilling reminder of Hynde’s extraordinary talents.”

‘Alone’ is the first Pretenders album for eight years and Chrissie Hynde recorded the album in Nashville with Dan Auerbach, from The Black Keys, who stood as captain, producer and multi-instrumentalist on the record, an album which sees Chrissie at her searingly honest, most incisive best. ‘Alone’ is available on CD/LP/Digital.

The band will perform a one off headline show at London’s Royal Albert Hall next year on April 10th. This show follows their tour of the US with Stevie Nicks later this year.