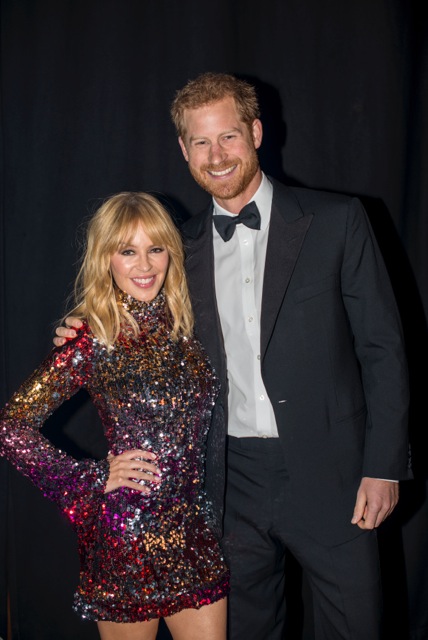 FOR IMAGES, PLEASE SEE ALL WIRES

OFFICIAL FOOTAGE FROM THE EVENT – https://we.tl/nT4cXi0rsQ

Entertainment on the night included an exuberant performance from Attitude’s 2017 Culture Award winner, the cast of Dan Gillespie-Sells’ ‘Everybody’s Talking About Jamie’, Music Award winner Charli XCX, who took to the stage for a dazzling performance of hit single ‘Boys’, while Icon Award recipients Erasure closed the show with a career-spanning set.

The night’s first accolade, the Attitude Legacy Award was awarded to the late Diana, Princess of Wales and collected by special guest Prince Harry. The Award, presented in the 20th anniversary year of Diana’s death, is to recognise the significance of her work in challenging the stigma and fear that surrounded HIV/AIDS in the ‘80s and ‘90s. The award was introduced by Ian Walker, a former Senior Occupational Therapist at the London Lighthouse, and Julian La Bastide, a former nurse at the Mildmay Mission, who both talked about their experiences of meeting Diana and the on-going legacy of her HIV/AIDS work.

Darren Styles, Managing Director of Stream Publishing and Publisher of Attitude magazine, said: “What a night! The Virgin Holidays Attitude Awards 2017 once again celebrated the biggest stars in showbiz, while also recognising  the incredible and important work of Princess Diana and DeRay Mckesson, sending a powerful message to the LGBT+ community and beyond about equality and inclusion. Thank you to all of our supporters, friends and allies, it’s hands down our best awards yet!”

Joe Thompson, Managing Director of Virgin Holidays, commented: “Virgin Holidays has been a proud sponsor of the Attitude Awards since its very inception six years ago and we are delighted with the work we’ve done together over the past half-decade.  We have always been a welcoming and inclusive company, and events like this really highlight how important it is for all businesses in Britain to be accepting and tolerant of diversity.”

The Music Award powered by Jaguar

The Man of the Year Award supported by Virgin Holidays

The Inspiration Award powered by Jaguar