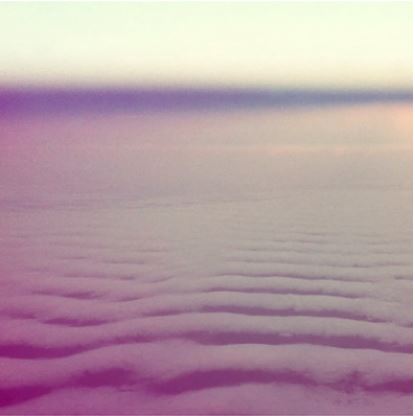 [Parisi’s] debut album… takes the craft of composing into a new realm.”

The album makes history as the first ever to be recorded entirely using a Seaboard, an innovative keyboard-style MIDI controller that allows users to achieve the same level of expression on an electronic instrument as they might on an acoustic instrument.

Speaking about the album, Marco says:

“This record began during a moment of reflection whilst I was flying to America. It’s true that every time I fly, I choose the window seat as I love gazing outside and losing myself to the immeasurable space of wonderment, my feelings and thoughts. On this particular flight, I found my being so inspired that I decided to record myself  in a moment of reverie. It was a nine minute, one-take journey of pure and intimate, improvised exploration.

The rest of the album began to take form shortly after the world came to a halt; you can say it is a product of the pandemic. It is a translation of feelings, a complete introspective journey from a time where everything in my world stood still… It’s really about working deeply into my emotions and those feelings of retreat, wonder, hope, sadness, separation and love. This is how the record was born and I really hope that everyone who listens can feel what I felt whilst recording it. Integrating the technology of the Seaboard into a space of such intimate and primitive feelings, I believe, is vital for expressivity of life in the modern world.”

The twelve tracks that comprise the album were recorded in minimal takes, often featuring improvisation. With sonic peaks and valleys that mirror life’s most intimate and grandiose moments, the project is cinematic in its scope, capturing an array of emotions inspired by everything from travel to family and romance. Four singles have previously been released from the project; ‘Symbols’, dubbed a “soaring musical experience” by American Songwriter, ‘New Horizons’, ‘Lyra’ and ‘Flying to America’.

Marco was first introduced to the Seaboard following an encounter with Jordan Rudess of the Metal band Dream Theater, who noticed the unusual way Marco played the keyboard, bending the note by mimicking the left-and-right movement like the vibrato of a guitar. He invited Marco to London and introduced him to the Seaboard’s inventor Roland Lamb, a meeting which would spark a fascination with the instrument and lead to the creation of his debut solo project.

Well-known for his work as a writer and producer for some of the industry’s biggest names, Marco has worked alongside his brother Jack on projects including Will.i.am’s 2017 single ‘FIYAH’, RZA’s ‘No Refuge’ and multiple collaborations with FRED and Ed Sheeran, including the Grammy-nominated “No.6 Collaborations Project”, Fred Again’s debut album “Actual Life” as well as recent Ed Sheeran singles ‘Afterglow’ and ‘Bad Habits’.