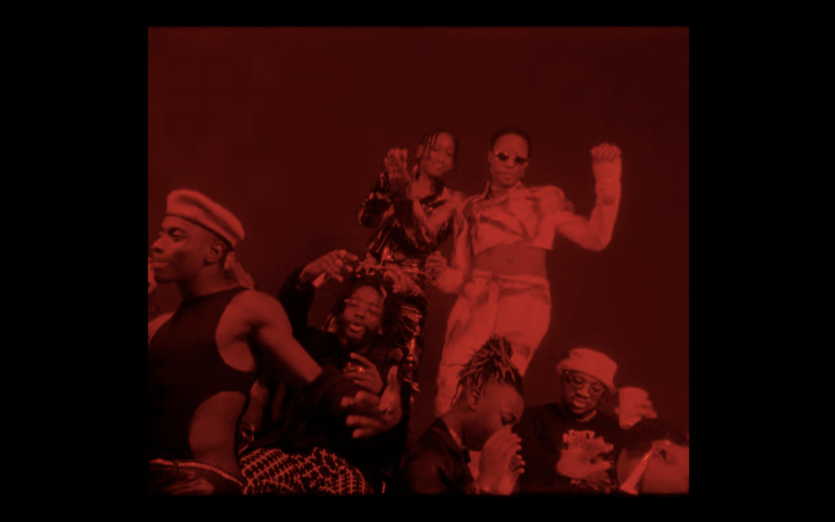 ‘The mysterious Nigerian artist with a penchant for extra-terrestrial theatrics and bubbling R&B tracks.’ – Wonderland

‘Leading an incredible pop scene that is coming out of Africa at the moment, blending her gently saccharine vocals with the harsher tones of Flohio’s flow was always going to be a hit with us.’ – London In Stereo

Watch the new video for ‘3’ HERE

The lo-fi style video was shot and directed by Harry Wheeler and portrays a love triangle between friends on a night out at Flohio’s house in London. It was co-directed by Wavy the Creator and showcases her signature fashion credentials while paying homage to Wavy the Creator and Flohio’s Nigerian heritage, with both artists wearing pieces by Nigerian-British designer Mowalola.

Wavy the Creator was born in Lagos, Nigeria but raised in Houston, Texas. She released her debut single ‘H.I.G.H.’ and soon after received an invitation from Skepta and Boy Better Know to perform alongside Wizkid and Davido at their 2018 Homecoming Africa Concert. Since then, Wavy The Creator has collaborated with artists such as Tiwa Savage, Eugy and released a number of electro, afro-beat tracks including ‘Shaku’, ‘Body Deep’ and most recently ‘3’ which features London’s own grime star Flohio.

As well as a musician, Wavy The Creator is a fashion designer, photographer and creative director based between Lagos and London.

Connect with Wavy The Creator: