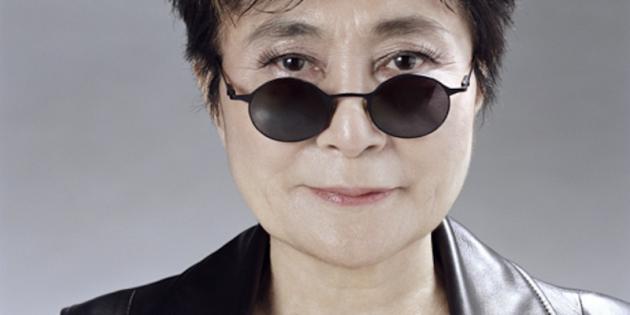 Ono, 80, tops the chart with a plethora of remixes of her seminal track  “Walking On Thin Ice” which will be announced on Billboard.com today, October 3, with the magazine hitting the shelves on October 5. The Hot Dance Club Play Chart is the most authoritative dance chart in America, meaning that this week more American clubbers are dancing to Yoko Ono than to any other artist, whether that be the dance genre or the mainstream.

Ono said today: “Dancing is one thing that keeps us young. So let’s keep dancing even if it was just in our heads!”

This year, also, Ono celebrated her 80th birthday and only last month released her brand new studio album “Take Me to the Land of Hell”, which received huge critical acclaim:

“Take Me to the Land of Hell has the attitude of an idealist, the idiosyncratic artistic leanings of one who’s always ploughed her own distinctive furrow and the musical worth of the cutting edge” – 4* Evening Standard

Earlier this year, Ono also curated the hugely successful Meltdown Festival. Yoko’s curatorship is already being hailed as the best in the 20 year history of the festival which this year included a coruscating opening night performance by YOKO ONO PLASTIC ONO BAND, and guest appearances by Ono with Cibo Matto, Peaches, Kim Gordon and a closing night collaborative performance with Siouxsie of “Walking On Thin Ice”.

‘Walking On Thin Ice 2013’ is available as digital green releases (no materials used or abused) on MIND TRAIN / TWISTED Records on iTunes, Beatport and at all fine digital retailers.