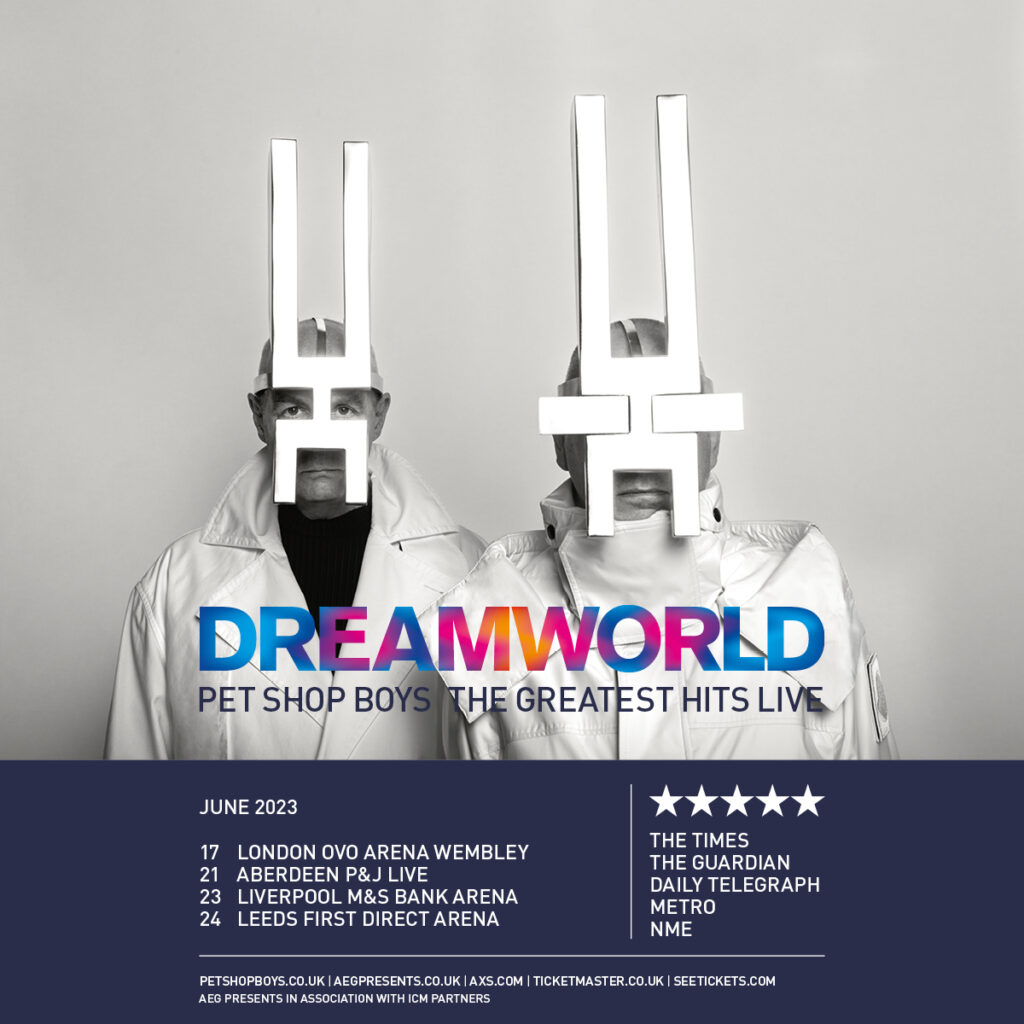 AFTER A CRITICALLY ACCLAIMED AND SOLD-OUT TOUR, THE DUO WILL PLAY FOUR EXTRA UK DATES NEXT SUMMER WITH TICKETS ON SALE NOW

The new tour dates kick off with a show at London’s OVO Arena Wembley on 17 June before taking in Aberdeen and Liverpool and then closing in Leeds on 24 June.

‘Dreamworld: The Greatest Hits Live’ tour is Pet Shop Boys’ first ever greatest hits tour and has seen them play shows in the UK and across Europe.

The tour received outstanding reviews with The Guardian describing the Manchester date as “fabulous”, while The Times said the London show was “clever, stylish, sometimes poignant, often euphoric”, and NME praised the Hull performance, describing it as “a two-hour joyous celebration of their decades of holding pop to a higher standard”.

As well as the success of the tour so far, Pet Shop Boys performed a rapturously received headline set last night on The Other Stage at the Glastonbury Festival, closing this year’s 50th Anniversary of the event. The performance is available to watch back on BBC iPlayer here.

Tickets for the new tour dates are on sale now and available from the Pet Shop Boys website and aegp.uk.