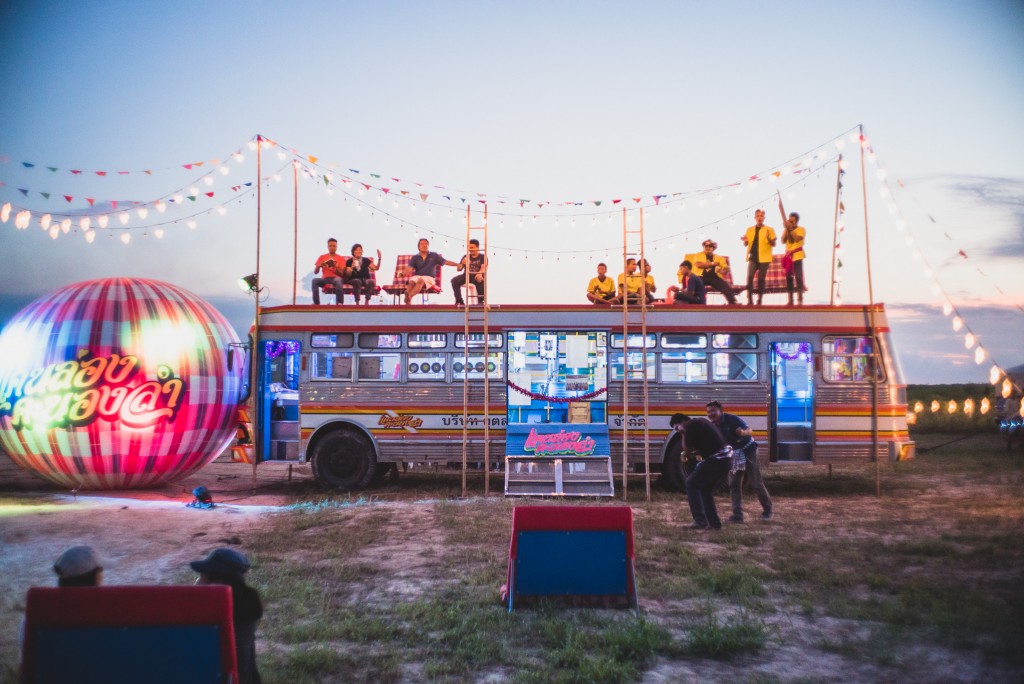 Wonderfruit Festival IS BACK AND ANNOUNCES 2017 LINE UP

HEADLINERS INCLUDE RUDIMENTAL AND LIANNE LA HAVAS, WITH MORE ACTS TO BE ANNOUNCED

WONDERFRUIT FESTIVAL WILL TAKE PLACE FROM 16 – 19 FEBRUARY 2017 AT THE FIELDS AT SIAM COUNTRY CLUB, PATTAYA, THAILAND

‘Wonderfruit represents a new chapter in the country’s electronic scene – one where partying can be positive for both humanity and the Earth.’ – Thump/Vice

‘Boasts respect, transformation, education, introspection and enlightenment through music, art, healing, and teaching. Wonderfruit will inspire others to party with mindfulness’ – Huffington Post

Wonderfruit is pleased to announce BRIT Award winners RUDIMENTAL and Grammy nominated LIANNE LA HAVAS as headliners of the festival for 2017, following a postponement of the event this year. Other artists that are confirmed to perform include YOUNG FATHERS, JUNUN FEATURING SHYE BEN TZUR & THE RAJASTHAN EXPRESS, MAD PROFESSOR, and KATE SIMKO & LONDON ELECTRONIC ORCHESTRA, plus SHURA and BUKE AND GASE. A new addition to the line-up for 2017 is DJ SABO, with many more to be announced shortly.

Speaking of Wonderfruit, RUDIMENTAL said: “We’ve played festivals all over the world but never in Thailand. Wonderfruit sounds like an incredible party and holiday all in one – we can’t wait to go… Shout out to the organisers for pledging to be carbon neutral too.”

Wonderfruit will host much of the same line up of art installations and architectural engineering that was planned for 2016, with works from some of the world’s greatest sculptors and engineers taking centre stage and using innovative, eco-friendly techniques to realise their conceptions. These creations include the Farm Stage – inspired by ceremonial architecture, this design is from the minds of PO-D Architects and Thor Kaichon – the stage will be entirely covered with rice, as a celebration of Thailand’s traditional farming culture. The British Council (Thailand) will use Wonderfruit as the setting for a collaborative arts and crafts project that sees British and Thai artists creating an installation to which Wonderers will be invited to contribute on site.

New additions to the artistic line-up include unique multi-sensory environment Wonder Lily Island where Wonderers may go to participate in secret performances, ceremonial tastings, and chime installations – all surrounded by lush vegetation. Bonafide, a series of geometric light installations by Thailand’s ZIEGHT x Iconic Studio set to live DJs as well as Cocoon Playground by Waft Lab – an Indonesian collective. Waft Lab’s Cocoon Playground will be an interactive installation inspired by Southeast Asian myths and folklore about the natural world, set in the Wonderfruit Farm… Expect everything from audio visual performances to synthesizing sounds from fruits and making seed bombs.

Wonderfruit also brings together a unique and international line up of art, wellness and adventure with a diverse series of talks and workshops from around the world. Traditional Thai arts will be celebrated such as the local Nang Talung Sakon Dharma traditional Thai puppet shows, as well as German interactive sculptural performance #Touch by Ulrich Gottlieb. #Touch is an interactive sculptural performance – an improvised and poetic combination of movements influenced by dance, martial arts and physical theatre. Concealing the performing body with textiles, Ulrich invites observers to paint directly onto his living canvas.

New additions to Wonderfruit’s talks and workshops include Real Island Life by Eddie Brock, an insight into how to rebuild and maintain island communities of Palawan.

New additions to the wellness programme this year include Wushu, Shaolin Kung Fu and Tai Chi classes taught by internationally-known Master Zhu Qiguo, giving Wonderers the opportunity to explore ancient Chinese martial arts, as well as free-running with Team Farang. A new addition to the adventure programme includes Wonder Flights, taking guests into the sky for breathtaking joyrides and views of the fields below as well.

Today Wonderfruit announces new activities at Camp Wonder including Messy Jam, creating art with paint-filled balloons and squirt guns as well as large-scale mandala-making with Hannah Theodorou. Other additions to the family offerings include interactive talks about the planet with under-the-sea stories discussing wildlife issues and new ideas for recycling.

Wonderfruit will now take place from 16 to 19 February 2017 in The Fields at Siam Country Club, Pattaya, just 150 kilometers (two hours’ drive) southeast of Bangkok. Ticket pricing at 5,500 baht for an adult 4-day pass, which includes general camping. Luxurious boutique and RV camping is available for booking and hotel packages are also available with partner properties in Pattaya.

Wonderfruit is produced by Thai-based SCRATCH FIRST, which seeks to provide a platform for creative cultures to come together and to be a catalyst for positive change. SCRATCH FIRST is a global pioneer in experiential movements, responsible for Asia’s first entry into the transformational lifestyle festival arena. It leads the way with stunningly built environments, highly curated festival offerings, and socially conscious and eco-friendly policies.